Get on Amazon Traditional Wisconsin Recipes: Cookbook for the Midwest State of Cheese and Beer 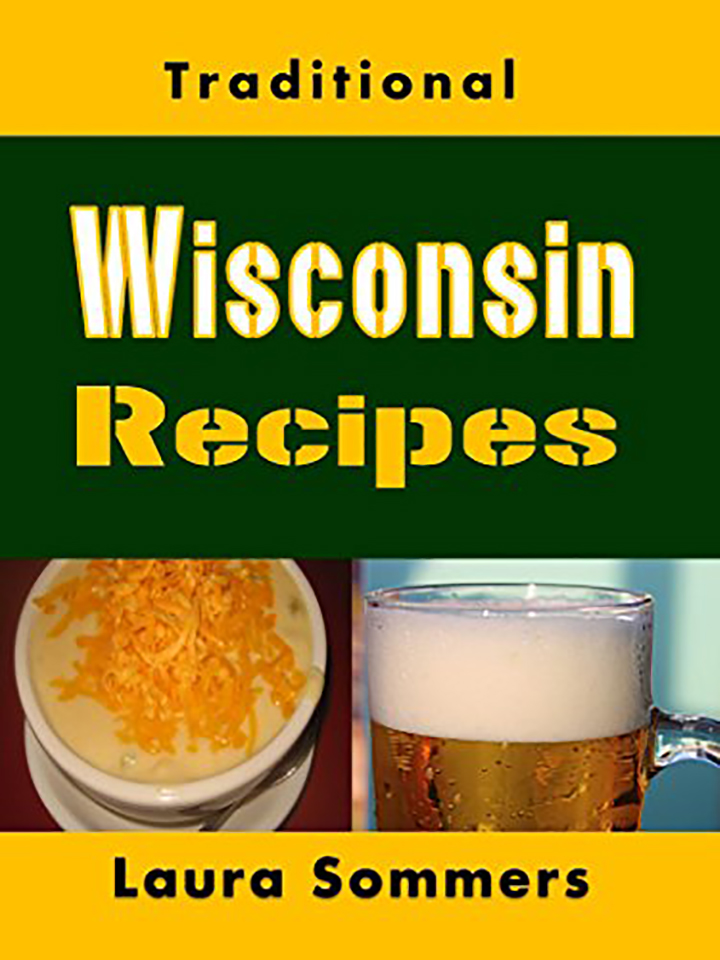 63 Traditional Wisconsin Recipes in This Cookbook

Wisconsin is located in the north-central part of the United States of America near the Great Lakes. When many people think of Wisconsin they think of cheese. Specifically they think of Wisconsin Cheddar. But Wisconsin is known as “America’s Dairyland” because it is one of the nation’s leading dairy producers of many different kinds of cheeses. Cheese is such an important product for resident’s of Wisconsin that hundreds of Packers’ fans can be seen wearing foam cheese-heads whenever a Greenbay NFL football game is on television.Wisconsin is also known for brewing beer. Milwaukee is the largest city and is one of the nation’s largest producers of beers. The beer brewing influence can be tasted in much of the cuisine which features pub grub as well as beer battered faire.Many of the early settlers of Wisconsin were German and Scandinavian. This has also influenced the state foods as bratwurst is a state favorite.Wisconsin is an agricultural state with many crops being official state foods such as cranberries and sweet corn. This cookbook has all the traditional Wisconsin recipes using all the foods and products that are representative of this delicious Mid-West American state.

As an Amazon Associate I earn from qualifying purchases.

Sorry, comments are closed for this item.